For those who follow  #futureofnews on Twitter, and similar groups, there has been a lot of buzz in the past couple of weeks since the launch  on March 24, of a new (so far Apple only??) app called Color.  It’s called a proximity photo sharing social media app, and allows people close to each  other to share photos. 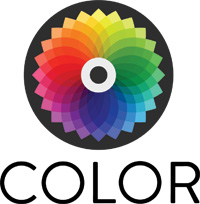 A combination of photo crowd sourcing and social  networking.

Most of the chatter is among the younger folks who tweet, follow and discuss the future of news, those who are digital natives, the true early adopters,  the indicator of new trends.

So much chatter that I decided to check it out.

So without an Android app I could find, I am going to have to go by the buzz.

My first impression at the  Apple App Store was that  was  that creators are  a kind of arrogant bunch.  On the App store and their press releases  it is “Color™  ”

Imagine trademarking the word “color?”  The company is based in Palo Alto, California, so one has to wonder how and why the US Patent and Trademark Office allowed it? I wonder how long that  trademark will last?  The trolls are probably already calling  their lawyers with everyone else not too far  behind.

The news release calls the program

Color™ is a miraculous, free application for iPhones and Android devices that allows people in close proximity to capture and have real-time access to photos, videos, and text simultaneously from multiple smartphones. Color is the best way of sharing an experience without the hassle of passing cameras around, emailing or uploading images and videos online.

And goes on to say

Every photo, video, and text captured by each smartphone through Color is instantly shared with surrounding phones also using Color. There are no attachments, uploading or post-production work required.  For the first time with Multi-lens, you will finally get to see and keep all photos from everyone at a shared moment, including ones that you are actually in.

One tech site has been calling Color™  the “next Twitter.“

So back to the future of news. One has to immediately wonder if this yet another nail in the coffin of professional photography?  And what does this do for copyright? Are copyrighted photographs finally  dead and buried?

Well this his how the process  is explained by readwriteweb.com

What Happens to the Content?
There has been confusion about where the content generated by Color goes and how is it shared. Are the photos taken using Color archived? [ Color chief scientist D. J] Patil  [formerly of Linked In] explained that if you participate in a Color group, that content is not only shared in real-time with others in proximity to you, it also appears in the ‘History’ section of the app as an album. You can share albums, photos and videos using Twitter, Facebook, email or SMS.

So far, Color has no search or archiving mechanism on its website. So the only way that people who weren’t at an event are likely to see albums is if they’re been shared via the likes of Twitter and Facebook.

It’s just been a couple of weeks, so who knows?  And with a program being described as “miraculous” that is a lot to live up to.  The company also has $41 million in venture capital and the app (for now) is free, so where’s the return on the VC investment?

As for photojournalism, let’s wait and see.

The company had its first real time use at a movie premiere.

The big test comes in a couple of days, when the Daily Telegraph uses it to cover the Royal Wedding. The Daily Telegraph and all the other British papers and wire services will have their best shooters covering the wedding, so the color crowd sourcing photo sharing will be a fascinating addition.

A couple of thoughts:

Color™  has been promoting at events like concerts, premieres, tech conferences (of course) and family events.

It’s not the best PR, but it looks like Color™  will enhance the social coverage of breaking news.

What if  Color™  had been available during the G20 disturbances in Toronto? During the G20  everyone had a camera or smart phone camera.  All those pictures of both the black hooded rioters and the subsequent police misconduct could have been shared with the participants, the onlookers, the journalists and probably the police photo units from multiple angles in real time,

Or the more recent student demonstrations in London?

What happens if there are people with Color™  equipped cameras during the next major disaster or a terrorist attack?  Or folks in Syria and Libya are right now downloading Color?

There will be a lot of amazing photos produced on the breaking event. The pros, however, will still be needed to take the iconic images (that is, of course, it anyone wants to use and pay for them).

The one group that is going to be hit hard by Color™  are the paparazzi, already suffering and seeing their income drop now that everyone has a camera. Imagine the big star walks down the street and instead of being stalked by one pap, fifty cameras shoot and share the images.